You are currently browsing the archive for the Education category. 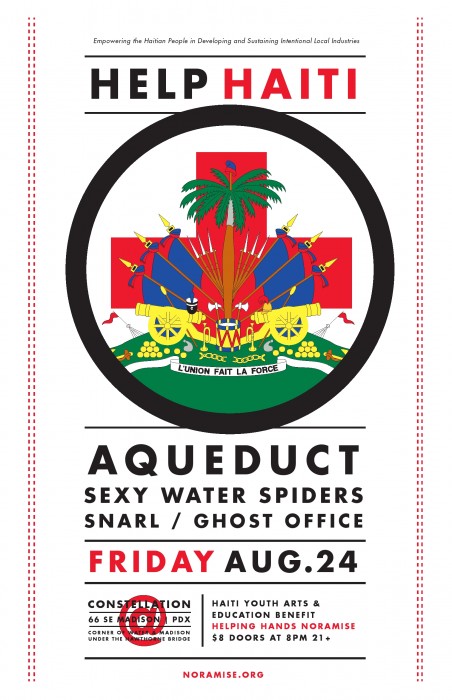 Initial thoughts upon return to USA by Volunteer, Nicole Vulcan

I don’t have much time to write today as I’m still in transit. I’ve now left Ayiti and am on my way back home, having left Dave and Jen behind for more days teaching. But these two quotes leapt out at me when I arrived on American soil today:

The guiding of thought and the deft coordination of deed is at once the path of honor and humanity.
-W.E.B. DuBois, ‘The Souls of Black Folk,’ 1903. (Found in the classics section of a Miami airport bookstore)

In this life we cannot always do great things. But we can do small things with great love.
-Mother Teresa (Seen on the back of an aid worker’s shirt in Miami)

So much more to tell later… 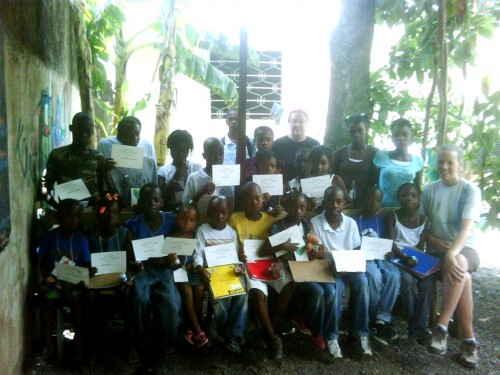 We’re almost at the end of the first week. I’m getting to know my students whom I like a lot. One thing I’ve noticed is that they aren’t used to group work. Today I was having them write a dialog in pairs where one person would write one line and the next person would write the next. That was a totally foreign concept. Even after my instructions they persisted in writing their own. Finally they relented and tried my way.

I’m guarding in my memory an image of Irose as an image of Haiti. She was sitting at her treadle sewing machine looking at her cell phone.

The heat is unbelievable. I’m thankful for this house and the shade in the back yard.

Two of my favorite parts are the beginnings and endings of class. Singing. They harmonize right away. Full voices.
All for now. Dave 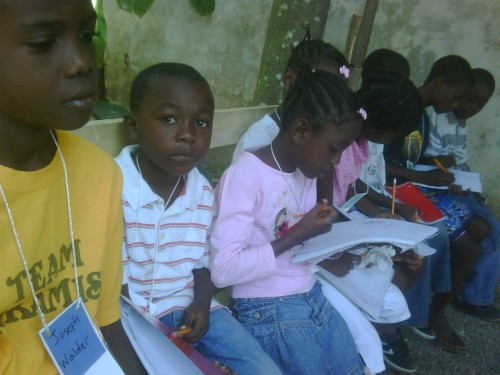 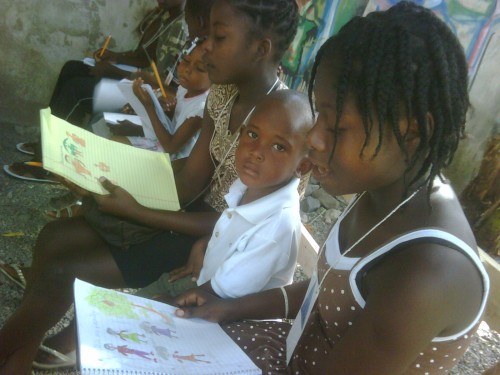 Students tell us about their families with basic drawings 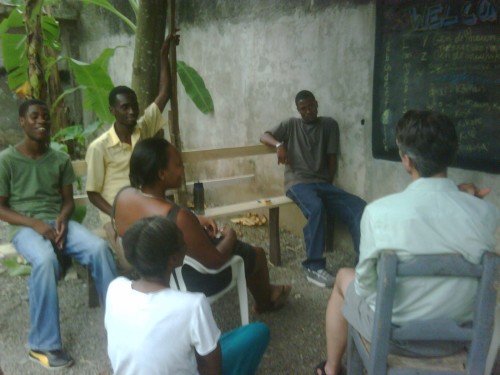 Just finished the second day of teaching English at the Noramise house, and it’s been so much more revealing into the culture than the cordialities can ever be.

Jen and I are teaching the kids class, a sweet group of about 20. In Haiti, 7 year olds are the size of American four year olds, so I look with wonder at the little nymph who is the same age as my own child. With their diminutive frames, ten of them fit on one bench of the Noramise outdoor classroom – which measures about seven feet long. But the differences are more than physical. First off, it’s obvious the kids have very little exposure to visual arts. They can sing in harmony from a very young age, but visually, they know so little.

This morning Jen and I did a unit on families, showing them crude drawings of our own families that we’d colored by candlelight the night before. Then we brought out a box of crayons (lifted from my daughter’s ample art supply shelf) and asked the kids to draw their own families. Never have I seen a group so unwilling or unable to engage with their own creativity. The kids wanted to copy my paper, yellow-colored, blue-eyed figures of my own family; several kids used yellow crayon to draw their figures, wanted to look at my drawing for help knowing how to make a person. Only one boy, the oldest in the class at 14, displayed any sense of creativity on his paper, drawing a Caribbean sunset and palm trees in lieu of the evergreens I’d put on my drawing. The seven year old’s figures were mere blobs of color with no head, arms, legs or other distinguishing features.

It is clear from this group (which I know to be an unrepresentative sample that errs on the more affluent side among denizens of Limbe) that kids here are lacking in creative play. It was also evidenced by the unenthusiastic way they engaged in hopscotch to practice numbers; kids I’ve taught in other countries like this exercise because they get to see their classmates look silly…but in this group half the kids took to sitting down or listlessly looking on. Perhaps the most interesting exercise was watching them play Letter Bingo. Three girls won the first three rounds, making the boys sound off that the “garcons” were losing out in this game of chance. Some of the boys ended up getting the gimmies and expected to be given winner’s prizes, simply because they demanded it be so. When I told them no, they mumbled in Kreyol that they didn’t like the game, though fortunate for me my Kreyol is steadily improving!

I know I should not be upset over the way those boys demanded things… “Nicole give me a chocolate,” since this a symptom of limited English and not necessarily rudeness. Still, I take issue with this child’s sense of entitlement, as if he is somehow exempt from the rules of the game. I naturally extrapolate this into an overall view of the Haitian economy — the majority of its citizens playing by the rules while a few think they deserve more without merit.

Thus the missive of all missives, which comes into play whether it’s in Bingo or world economics: to foster the idea of earning bread through hard work, while all around them men languish with astronomical unemployment, women toil in charcoal-fired kitchens and raise babies, and the country crumbles under officials who seize power and hold on to it absolutely…

I humble myself and admit I don’t know where to begin or even if I’m helping; not the first in a line of blans informing Haitians how to live and be.

Taking a break during English class… 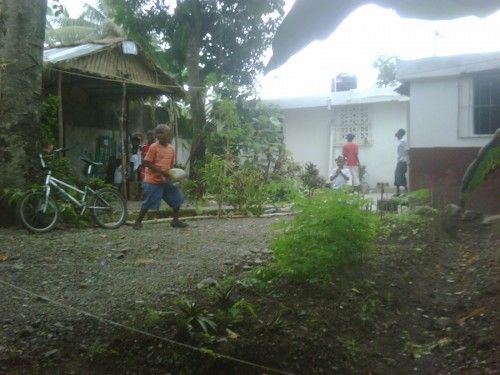 Taking a break for ball during the kids’ English class. See the Team Noramise “jardin” in the foreground, new outdoor classroom to the left!

The team will be working on several projects from July-August, but the principal focus will be ESL training for the Haiti Committee. Visit our website often to see ongoing updates and images posted by the team!